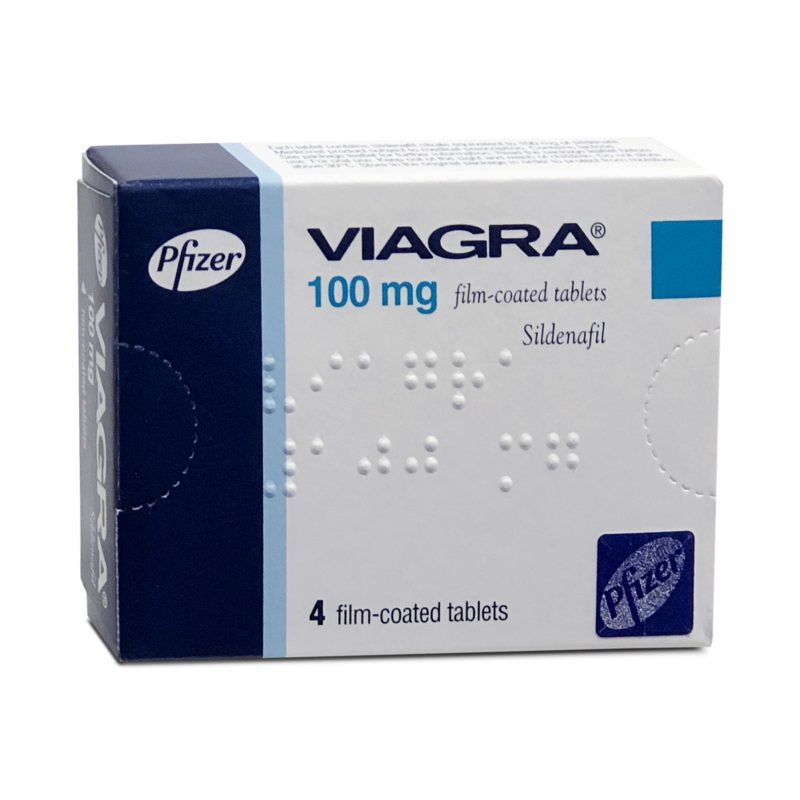 Lasts up to 5 hours 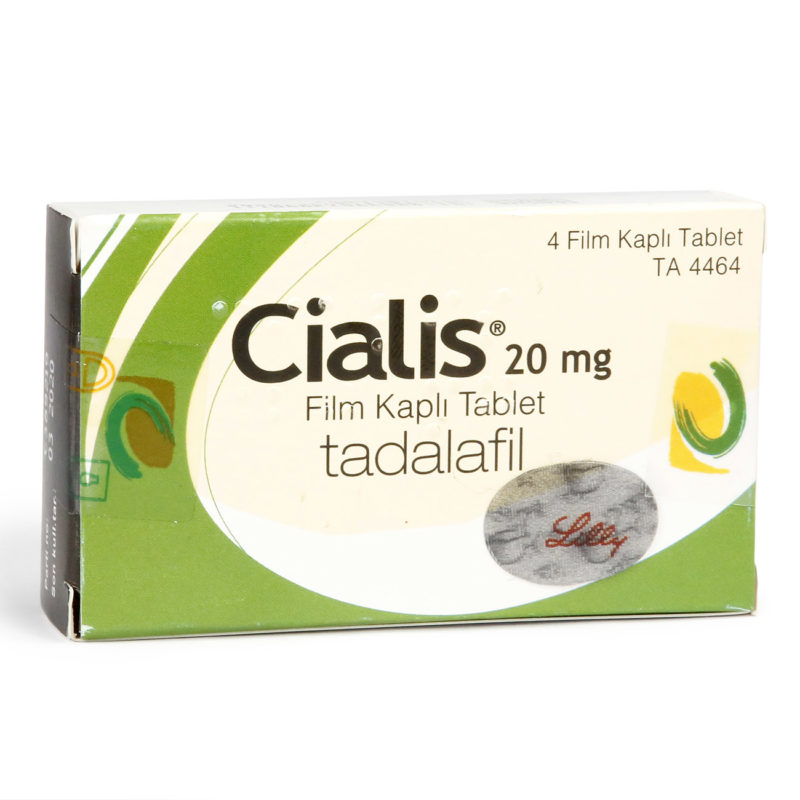 Erectile dysfunction (ED), also known as impotence, is the inability to get and maintain an erection.

Erectile dysfunction is a very common condition, particularly in older men. It is estimated that half of all men between the ages of 40 and 70 will have it to some degree.

Why does erectile dysfunction happen?

Erectile dysfunction can have a range of causes, both physical and psychological. Physical causes include:

Psychological causes of ED include:

Erectile dysfunction can also be a side-effect of using certain medicines.

Read more about the causes of erectile dysfunction

Although you may be embarrassed, it’s important to get a diagnosis so that the cause can be identified.

Your GP can usually diagnose erectile dysfunction. This will involve answering questions about your symptoms, as well as a physical examination and some simple tests.

How is erectile dysfunction treated?

Erectile dysfunction is primarily treated by tackling the cause of the problem, whether this is physical or psychological.

The narrowing of the arteries (called atherosclerosis) is one of the most common causes of ED. In these cases your GP may suggest lifestyle changes, such as losing weight, to try to reduce your risk of cardiovascular disease. This may help to relieve your symptoms as well as improving your general health.

You may also be given medication to treat atherosclerosis, such as cholesterol-lowering statins and drugs to reduce your blood pressure.

A number of treatments have been successful in the treatment of erectile dysfunction. Medication, such as sildenafil (sold as Viagra), can be used to manage it in at least two-thirds of cases. Vacuum pumps that encourage blood to flow to the penis and cause an erection are also successful in 90% of cases.

Overall, treatments for erectile dysfunction have improved significantly in recent years. Most men are eventually able to have sex again.

If your erectile dysfunction is caused by an underlying health condition, such as heart disease or diabetes, that condition may need to be treated first. In some cases, treating the underlying cause may also resolve the problem.

If you are taking medication that can cause erectile dysfunction, there may be an alternative. It is important never to stop taking a prescribed medication unless you are advised to do so by your GP or another qualified healthcare professional responsible for your care.

Erectile dysfunction can often be improved by making changes to your lifestyle, such as:

As well as helping to improve your erectile dysfunction, these changes can also improve your general health and may help to reduce your risk of cardiovascular disease (conditions that affect your heart and blood vessels).

Phosphodiesterase-5 (PDE-5) inhibitors are one of the most widely used and effective types of medication for treating erectile dysfunction. They work by temporarily increasing the blood flow to your penis.

In England, four PDE-5 inhibitors are available for treating erectile dysfunction. They are:

Sildenafil, vardenafil and avanafil work for about eight hours and they are designed to work ‘on demand’. Tadalafil lasts for up to 36 hours and is more suitable if you require treatment for a longer period of time, for example, over a weekend.

Depending on the type of PDE-5 inhibitor you are taking and the dose, it should take about 30-60 minutes before it starts to work. With sildenafil, vardenafil and avanafil, you should be able to have sex from one to 10 hours after taking the medicine. After taking tadalafil, the effects will last for up to 36 hours.

It may take longer to notice the effects if the tablet is taken with food, so it’s best to take it on an empty stomach. You can then eat after an hour without affecting the medicine.

Only take one tablet within a 24-hour period.

Your GP should explain the benefits of each medication and how it works. The choice may depend on:

There have been many studies to test the effectiveness of these medications. In general, at least two-thirds of men report having improved erections after taking one of these medicines.

If you do not find that PDE-5 inhibitors are effective it may be because:

These medications are triggered by sexual stimulation, so you also need to be aroused for it to work.

PDE-5 inhibitors should be used with caution in men who have cardiovascular disease, such as coronary heart disease. However, sexual activity is also likely to be beneficial for your cardiovascular health. You should discuss the risks and benefits with your GP.

PDE-5 inhibitors should also be used with caution in men who have anatomical problems with their penis, such as Peyronie’s disease (a condition that affects the tissue of the penis).

PDE-5 inhibitors should also be used with caution in men who:

Do not take PDE-5 inhibitors if you are also taking medicines or recreational drugs that contain nitrates. The combination of the two substances can have a dangerous effect on your heart.

Organic nitrates are often used to treat angina, and butyl nitrate is a recreational drug that is more commonly known as ‘poppers’.

You are also warned not to take PDE-5 inhibitors if you:

PDE-5 inhibitors can cause some side effects, including:

A vacuum pump consists of a clear plastic tube that is connected to a pump, which is either hand or battery operated.

You place your penis in the tube and pump out all of the air. This creates a vacuum that causes the blood to fill your penis, making it erect. You then place a rubber ring around the base of your penis to keep the blood in place, allowing you to maintain an erection for around 30 minutes.

It may take several attempts to learn how to use the pump correctly, but they are usually effective. After using a vacuum pump, nine out of 10 men are able to have sex, regardless of the cause of their ED.

You should not use a vacuum pump if you have a bleeding disorder or if you are taking anticoagulant medicines, which reduce the ability of your blood to clot.

Side effects of vacuum pumps include pain or bruising, although these occur in less than a third of men.

Men who qualify for NHS prescriptions for erectile dysfunction treatments may be able to get a vacuum pump on the NHS (see above for more details). However, some men will need to buy one.

The Sexual Advice Association produces a number of factsheets, including one on vacuum pumps that provides details of companies that supply them.

If your erectile dysfunction doesn’t respond to treatment, or you are unable or unwilling to use PDE-5 inhibitors or a vacuum pump, you may be given a medicine called alprostadil. This is a synthetic (man-made) hormone that helps to stimulate blood flow to the penis.

Alprostadil is available as:

You may be trained to correctly inject or insert alprostadil. If your partner is pregnant, use a condom during sex if you are inserting alprostadil into your urethra.

Alprostadil will usually produce an erection after five to 15 minutes. How long the erection lasts will depend on the dose.

In men who did not respond to PDE-5 inhibitors, alprostadil injections were successful in 85 out of 100 men. Alprostadil inserted into the urethra is successful for up to two-thirds of men.

Alprostadil should not be used:

Urethral application may also not be used in:

Alprostadil can cause some side effects including:

As with PDE-5 inhibitors, NHS prescriptions for alprostadil may only be available for men with particular health conditions or those receiving some types of medical treatments. If you need to pay the full prescription cost, a single injection of alprostadil costs around £8 to £22, depending on the dose. A single dose of alprostadil for urethral application is around £10.

Hormones are chemicals produced by the body. Many hormonal conditions can be treated using injections of synthetic (man-made) hormones to restore normal hormone levels.

Surgery for erectile dysfunction is usually only recommended if all other treatment methods have failed. It may also be considered in:

In the past, surgery was used if there was clear evidence of a blockage to the blood supply of the penis. The surgeon could unblock the blood vessels to restore a normal supply of blood. However, research now suggests that the long-term results of this type of surgery are poor, so it’s unlikely to be used.

Penile implants are a type of surgery that may be considered. These can be:

Penile implants are not usually available on the NHS and inflatable implants may be very expensive. However, around three-quarters of men report being satisfied with the results of this type of surgery.

As with all types of surgery, having penile implants inserted carries a risk of infection. If you take preventative antibiotics, the rate of infection is around two or three in 100. Mechanical problems with the implants may occur within five years in five per cent of cases.

If your erectile dysfunction has an underlying psychological cause then you may benefit from a type of treatment called sensate focus.

If conditions such as anxiety or depression are causing your erectile dysfunction, you may benefit from counselling (a talking therapy).

Sensate focus is a type of sex therapy that you and your partner complete together. It starts with you both agreeing not to have sex for a number of weeks or months. During this time, you can still touch each other, but not in the genital area (or a woman’s breasts). The idea is to explore your bodies knowing that you will not have sex.

After the agreed period of time has passed, you can gradually begin touching each other’s genital areas. You can also begin to use your mouth to touch your partner, for example, licking or kissing, them. This can build up to include penetrative sex.

The counsellor can also provide you with some practical advice about sex, such as how to make effective use of other treatments for erectile dysfunction to improve your sex life.

Psychosexual counselling may take time to work and the results achieved have been mixed.

Cognitive behavioural therapy (CBT) is another form of counselling that may be useful if you have erectile dysfunction. CBT is based on the principle that the way you feel is partly dependent on the way you think about things. CBT helps you realise that your problems are often created by your mindset. It is not the situation itself that is making you unhappy, but how you think about it and react to it.

Your CBT therapist can help you to identify any unhelpful or unrealistic thoughts that may be contributing to your erectile dysfunction – for example, to do with:

Your CBT therapist will be able to help you to adopt more realistic and helpful thoughts about these issues.

Some studies have suggested that, in a few cases, it may be beneficial to exercise your pelvic floor muscles. These are a group of muscles around the underside of the bladder and rectum, as well as at the base of the penis.

Pelvic floor muscle exercise involves strengthening and training the muscles used to control the anus (back passage) and urinate. If your GP feels this type of exercise could be beneficial, then you may want to discuss it with a physiotherapist to learn it correctly.

By strengthening and training these muscles, you may be able to reduce the symptoms of erectile dysfunction.

Some complementary therapies, such as acupuncture, have claimed to treat erectile dysfunction. However, there is little evidence they are useful.

In some cases, they may even include ingredients that could interact with other medications and cause side effects.

Always speak to your GP before using any complementary therapies.